What is a Court Martial?

The UK Court Martial was established as a permanent court by the Armed Forces Act 2006 and came into effect in November 2009, replacing the ad-hoc courts-martial which preceded it.

The Court is in place to try cases of offences against military law, including offences against the general criminal law of England and Wales committed by members of the UK military. The court procedure is similar to that of the regular Crown Court, with a judge known as the Judge Advocate and a jury known as a Board. The Board is made up of anywhere between three and seven officers and warrant officers, with the exact number dependent on the seriousness of the offence.

What power does a Court Martial have?

A Court Martial has similar powers to that of the Crown Court in the UK, and can sentence members of the British Army, Royal Navy and RAF accordingly, including fines, explosion from the armed forces, imprisonment in civilian prisons, detention at a Military Corrective Training Centre or punishments which can be organised by the Commanding Officer.

Can Court Martial sentences be appealed?

Yes. The Court Martial Appeal Court is in place to hear appeals regarding sentences and decisions from the Court Martial. The appeal judges tend to be sourced from the civilian Court of Appeal. Should you wish to appeal a sentence further, cases can be referred to the Supreme Court.

What offences can lead to a Court Martial?

The range of offences vary, from assisting an enemy or misconduct on operations, which can both carry a sentence of life imprisonment down to failing to provide a sample for drug or alcohol testing, which can result in up to a year in prison. Life imprisonment is also an option for offences such as dangerous flying, giving false air signals, desertion and failing to suppress a mutiny.

Military Court sentences can often appear to be unduly harsh, but this is reflected by the seriousness of the offences whilst bearing in mind the threat to national security and the position of responsibility held by those on active military service.

Criminal conduct offences can also lead to a Court Martial, generally covering the rule that if it were a crime in England and Wales, a serving military officer can be brought before the Court Martial if he or she commits that offence anywhere else in the world. These offences include theft, assault, careless driving and fraud amongst many others.

Can civilians be subject to military law?

Yes. If a civilian finds himself or herself on board a military ship or aircraft, or is otherwise working in support of the armed forces or for an organisation such as NATO, NAAFI or SSVC, they are subject to military law. This also covers civilians living with a serving officer in a designated area and contractors working for the MOD.

Our Armed Forces team have the expertise you need. 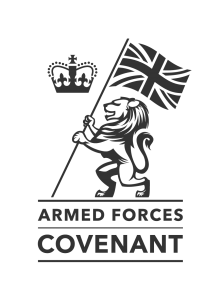